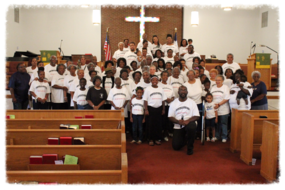 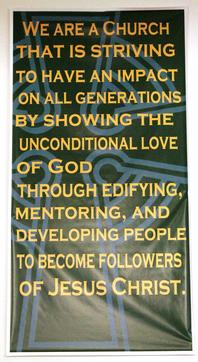 • Church School out for Summer 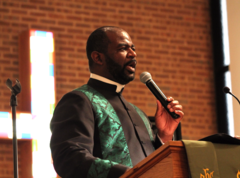 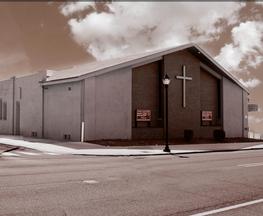 St. Paul was founded in 1887 when a group of Christians began gathering in a house on Wilmington’s West side for prayer meetings.

They continued the meetings later on the East side at Seventh and Walnut Street, and by 1893 the group had fully incorporated as a church.   The church was called the Eleventh Street Mission.  May 4, 1905, the documents were signed by a few of our faithful members; Brother John Matthews, Brother John Primrose, and Brother John W.  Anderson.

The congregation took the title on December 31, 1919. By 1925, reports were being published that the Pastor, the late Rev. W.D. Smith was in charge of renovating the building. In 1939, under the pastorate of the late Rev. James H. Hartley, a cornerstone was laid, and the mortgage was burned.

Then the Lord showed us that he was not through with us yet.  April 24, 1981 the congregation, under the leadership of the late Rev. John E. Harris purchased the old Silo Building.  In early 1983, the Trustee’s put the old church at 408 East Eleventh Street on the market.  The church was on the move. The Church of Deliverance, where the Rev. Roosevelt Burns was  the Pastor, purchased the building in 1985.

Under the direction and guidance, and being led by the Spirit of Christ, our Pastor at the time, the Rev. George W. Poindexter, now our esteemed retired Bishop, was given the reins to go forth.

The old Silo Appliance and T.V. Center was reincarnated as a church.  The Spirit of God is yet in the consecrated walls, and the Spirit of the Holy Ghost still dwells among us as it did in the Day of Pentecost.  For He that is mighty, has done great things for us.  God is continually adding to the fold under the direction of present Pastor, Rev. Dr. Charles L. Amos.

During our 128+ years, we have prospered in the Faith, and have allowed the Holy Spirit to have free reign.  We have been blessed to have had many Spirit filled Preachers and Singers to come from our congregation.  Some have become Pastors: Reverends Dr. Delores J. Loper, Dr. Etta M. Robertson, Dr. Dorothy E. Wilmore, Elwood Fews, Dr. Ruth E. Britt, James Matthews Jr., Linda Henry-Tucker, Patricia Williams, Anthony Brown, Michael Mills, Howard Jones, Kristopher Cooper and Vivian Grey—Retired.  The late Reverends Kenneth Harrigan, Arnette Gray, Joseph Wally, and a blessed and well-known Local Preacher Bishop Bostick.

Four of our previous pastors were elevated to the office of Bishop of the Union American Methodist Episcopal Church.  The Right Reverends George W. Poindexter, Michael S. Moulden, the Late Reverends O.W. Forward, and John P. Predow. Our present Pastor was elected and consecrated the twenty-sixth Bishop of the UAME Church and he still continues to serve as our pastor.

Great accomplishments have been reached in our many years of serving the LORD and we are believing God for even greater things in the future.